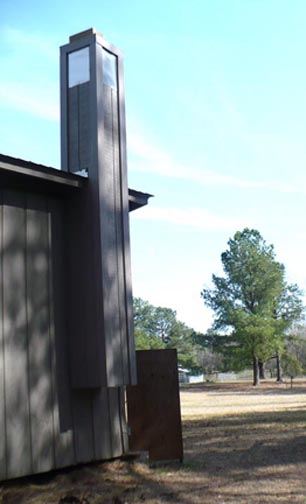 Three WRNC Chimney Swift tower grant awardees completed their towers in early spring and quickly put up vacancy signs for all Chimney Swifts in their immediate area and “Houston, We Have Residents!” Avid bird lover, Krista Hansen from Oak Path Farm in Council, NC, who has enjoyed Chimney Swifts on and near her land for many years, immediately saw the value in applying for a Wildlife Rehabilitators of North Carolina (WRNC) Chimney Swift Tower Grant. Her home heating system was updated years ago, which unfortunately, required the sealing of chimneys where Swifts had previously nested. She and her husband, Craig Magill, vowed at that time to find ways to keep Chimney Swifts in their lives. Krista’s determination and passion to provide alternative habitat for the Chimney Swifts in her area were recognized by the WRNC board and her application was selected to receive a grant during the Symposium Board Meeting in Raleigh on February 1, 2009. As soon as Krista received the word, her husband and his father, Charles began constructing the tower and a decision was made to abut the tower to an existing horse barn to ensure an abundance of delectable insects and tower stability. After the finishing touches on the tower, the waiting game began. Although told it would be unusual for a first year tower to house swifts, Krista and Craig stood fast in their monitoring of the tower, and it finally happened. By May, Chimney Swifts were moving into the tower and by July, five babies, were onboard. 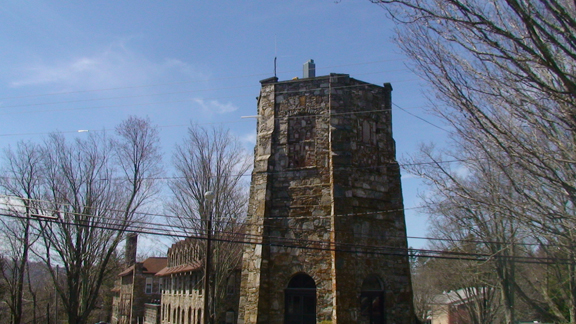 High atop the Bell Tower at Lee’s McRae College, Banner Elk, North Carolina, Chimney Swifts, acrobatic birds that live on the wing, will soon be doing what they are meant to do; raise their young before they return to Peru in late summer and vacuum the sky at dawn and dusk, ridding the campus of dangerous and pesky insects. Chimney Swift parents and their offspring can consume over 12,000 flying insect pests every day. Nina Fischesser, Instructor of Earth Stewardship and Wildlife Rehabilitation at Blue Ridge Wildlife Institute aboard Lee’s McRae campus, also saw the value in applying for a WRNC Chimney Swift Tower Grant, especially since the college’s heating system was being updated, which unfortunately, required the closing of chimneys where Swifts have nested for many years. Lee’s McRae College in Banner Elk is one of the largest roosting sites for Chimney Swifts in western North Carolina. Nina’s selfless determination and the Chimney Swift’s need for a tower were recognized by the WRNC board and her application was also selected to receive a WRNC grant. As soon as Nina received the word and the weather broke, she put her construction team to work. By early April the tower was up and ready to receive resident Chimney Swifts. Nina has noticed a number of Chimney Swifts checking out the new tower, but it is not known at this time whether a family took up residence this year. 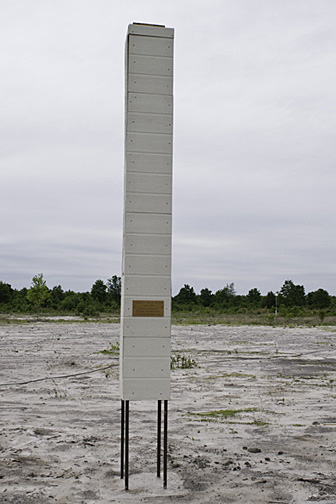 nature photographer from Goldsboro continues his efforts to groom a valuable wildlife sanctuary and refuge. His desire and efforts to build a Chimney Swift Tower were assisted by WRNC when his tower application was approved to receive a monetary grant. Ed’s white, majestic Chimney Swift tower was completed in late April and stands tall, awaiting its first family of swifts. While he patiently waits and monitors swift interest, he’s stocked the pond with fish. His plantings of eastern red cedar, red maple, river birch, flowering dogwood, black cherry, black gum, wax myrtle and inkberry shrubs are growing. Wood duck and bluebird boxes, as well as purple martin condos are in place and structures to attract more warblers and barn swallows are in the planning stages. Ed has sighted Chimney Swifts in the area this summer feeding over the pond and swooping the tower, but there are no indications of activity inside the tower yet. Maybe next year!

If anyone is interested in constructing and maintaining a Chimney Swift tower to benefit the Swifts as well as your community, check out http://www.chimneyswifts.org for tower constructin details. If you are from North Carolina, WRNC is in a position to help you conserve this natural resource and encourage Swifts to return to North Carolina by offering a Chimney Swift Tower Grant to any environmentally active group or individual who will seek appropriate site approval, properly construct and regularly maintain a Chimney Swift Tower in their area. Find the requirements and WRNC Chimney Swift Tower Grant application online at http://www.ncwildliferehab.org. New applications must be submitted prior to January 5, 2010.

May the Swifts be with you!

author of “Save Them All”