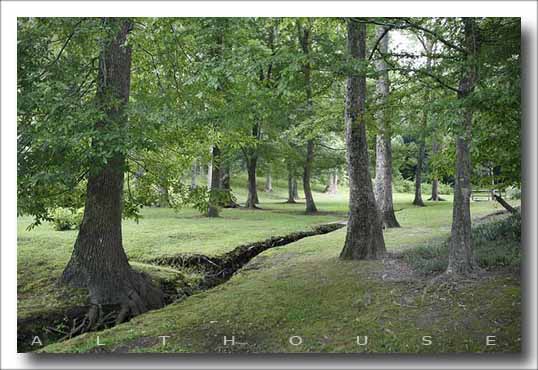 I grew up in trees. Every time I went outside to play as a child (which was nearly every day, no matter the heat or height of snow), I found the most comfortable place to be was in a tree.  The strong limbs of apple, mulberry, persimmon, cherry and walnut held me closer to the clouds quite often.  That’s one of many reasons why I always feel so disappointed in humans when I see a loaded log truck; “pine and hardwood bodies stacked one on top the other, lying in state on eighteen wheeled steel sided hearses, heading for dissection at a sawmill.  The procession of death trucks loaded with stunted conifers saddens and maddens me.”  (excerpt from my novel, “Save Them All“)  Now, I’m hearing I have more to be sad and mad about.  A few weeks ago, while listening to Public Radio, I learned that some of those tree carcasses I’m mourning as they pass me may have been stolen and that the crime of tree rustling (or poaching) has become a nationwide epidemic. The radio broadcast discussion, by investigators committed to terminating this emotional and financial tragedy, spoke of trees being rustled in the northwest, but now I’ve read Michigan, Vermont, Kentucky and Arkansas are being hit as well.  Naturally I’m wondering about North Carolina.  The staggering number of log trucks I see on NC Route 53 from Jacksonville to Wilmington every day is obscene; and that’s just one road.  An aerial view of this area must  be heartbreaking and just plain sickening.  I realize for every valued commodity, somebody will want to steal it. 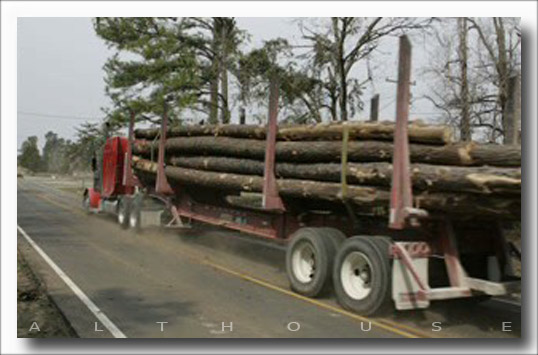 I also know killing trees is a business for some, but the notion that unscrupulous sorts could be stealing trees had not yet come to mind for me.  Normally what rustlers do is find someone’s land that is mainly woods, trespass on the land, and steal the trees. If they’re caught by somebody who gives enough whoop to stop and question them, they generally just say they were hired by a neighboring landowner and “accidentally” cut down the trees.  The lame apology does not replace the trees that are decades old or lessen the emotional distress of the owner who may have “loved those trees the way only someone who grew up with them could” (Saulney). The rustlers are slick, just like in the old west when it used to be cattle they were after.  They sneak onto the property, cut the trees, remove them quickly and usually have a buyer waiting for them.  From what I’ve read, the penalties for this type of crime are no more than a modest fine and a slap on their chainsaw wrist, but that’s not enough to deter a criminal who gambles on not getting caught in these remote areas.  I’m (almost) sure the first time they’re busted isn’t the first time they’ve stolen trees.  I haven’t heard much talk in our area about tree rustling, but that does not mean it doesn’t exist.  I just want people everywhere to become aware that tree rustling is happening and possibly more close to home than we know, if it hasn’t happened where you are already.  Ensure your land is surveyed, so there is no question whose trees are whose and keep an eye on your property, especially if you have large parcels of woods that aren’t regularly visited.  Older land owners are more vulnerable and susceptible because they may not be working their land or monitoring it as close as they used too.  I treasure trees for all the wonderful things they do for the environment, our wildlife, aesthetic value and for more personal reasons, too.  I know others feel the same.   Let’s keep a sharp eye and ask a few questions, might save someone great heartache.